Sometimes, you may want to interact with the operating system in a more direct way. A traditional way to do this is to do it through the shell.

There are many various shells that are available on Linux, such as:

Ultramarine Linux uses the Z Shell as its default shell, combined with the Starship Prompt for a more clean interface.

To learn more about shell scripting, you can watch this Bash introduction video by Fireship here:

NOTE: The Z shell is mostly compatible with Bash, so most of the knowledge you will learn will be mostly applicable in Ultramarine Linux.

The Z shell is also used Kali Linux and newer versions of macOS (Catalina and newer).

Interacting with the shell

To start using the shell, open the Terminal app. 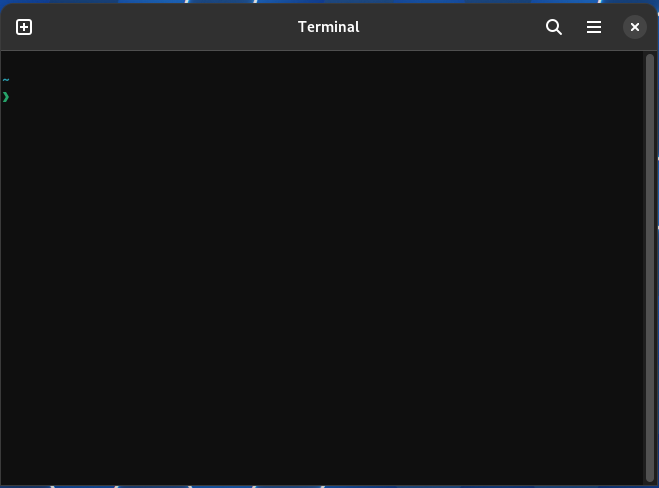 You will be greeted with a prompt, simply type in the command you want to execute, and press Enter⏎.

To change directories, type cd followed by the path you want to change to.

To list the contents of a directory, type ls.

To read a file to the terminal, type cat followed by the path to the file.

To delete a file, type rm followed by the path to the file.

To delete a full directory, recursively delete it by typing rm -r followed by the path to the directory.

Most users will usually execute rm -rf instead of rm -r. The -f flag is used to force the deletion of a file or directory.

To create a new file, type touch followed by the path to the file.

To create a new directory, type mkdir followed by the path to the directory.

To know more about each command, open the manual by typing man followed by what you want to learn about

This will open less, an app that allows you to read through long lines of text as a scrollable page.

Most commands will also have a -h or --help flag, which tells you more about the command.

Linux offers a way for inter-process communication through pipes.

The pipeline you to transfer data from one process to another, and is used to execute commands in parallel.

A named pipe is created by using > instead of |.

This pipes the output of echo to the named pipe pipe.txt, which is now a file.

To execute a program, you must first make sure that the file is executable. This is done by using the chmod command.

Then you can execute the file by directly pointing to it.

For files in your current folder, you must use ./ before the file name.

Edit this page on GitHub Updated at Wed, Jun 15, 2022
Software and package management Developing for Ultramarine